This author has not yet filled in any details.
So far Shandon Golf has created 4 blog entries.

Sunday saw the playing of the Men’s and Weekend Women’s Club Championships.

In the Men’s playoffs defending Club Champion Richard Pegg was again successful winning his 12th Club Championship. This is an outstanding effort, Richard won his first title in 1999 and has continually added to that feat in subsequent years.The Intermediate and Junior titles both had first time winners in Sam Thomson and Raj Narayan.

In the Women’s playoffs Darae Chung added to her ever increasing impressive winning portfolio. This is Daraes fourth Shandon Club Championship. In the Junior division Regina Kang successfully defended the title she won for the first time last year. 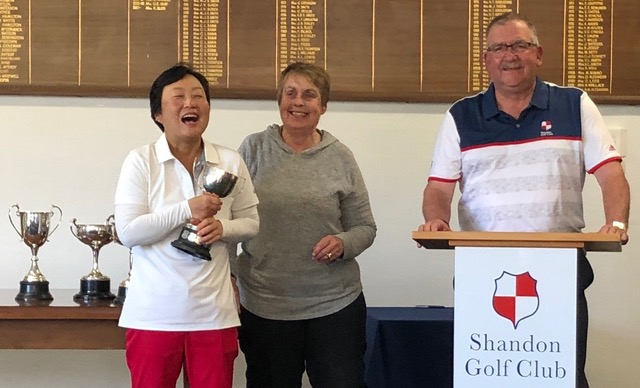 Pictured receiving the trophy from President Alan Binns are winners Dave Eddington and Chris May.